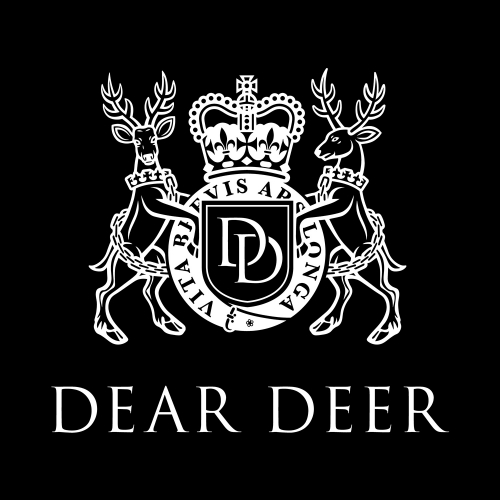 Kiev, Ukraine. 2013 – present
Never underestimate the motor power and vibes of old-school rhythm that can effortlessly speak across music preference borders. Nu-disco has been flattered on the international scene for the past several years, and finally had its glorious moment in Ukraine, nurtured by Dear Deer Records.

The auditoria have become so accustomed to recurrent recorded sound that music became rather facile and formulaic, failing to bring “shivers”. The creators of Dear Deer Records Alex Kaspersky and Svatoslav Tvardovsky believe that something profoundly elemental, elevating and transporting to another dimension should be brought back to music. This and aspiration to self-expression on the musical arena impelled the establishment of Dear Deer Records in April 2013. The earlier in-house productions have mainly reflected personal tastes in old-school and modern music, forming a unique blend of preferences.

The approach to the music as the instrument of communication and emotional expression has brought Dear Deer Records to desired success. Being supported by the online music store Beatport, the label gracefully entered Best Top-100 charts in various categories. The recognition followed, blowing up accounts in social networks, and blooming in cooperation proposals.

Being the prodigious force on the Ukrainian Nu-Disco and Deep House scenes, Dear Deer Records managed to preserve the sense of originality published releases and multiplicity in the talent pool, which includes such artists as Brodanse, Mark E, Kolombo, Benedetto & Farina, KANT, Vanilla Ace, Patrick Podage, Re Dupre, Nikitin, and many others.

With so many active artists on the label it is difficult to pick a unified direction of development, as you try to grasp the immensity. Nevertheless, Dear Deer Records...
Genres
Tech House, Deep House, Techno, Progressive House