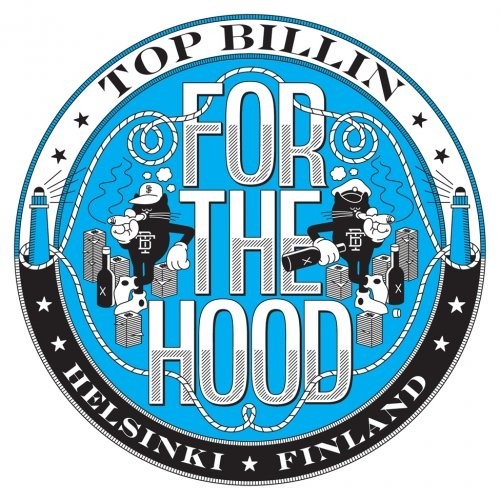 beatport.com
www.topbillinmusic.com
In 2006 Top Billin made themselves a household name in Helsinki with bootleg remixes, hot mixtapes and a monthly club night that was packed every single time from the beginning. Then came the first 12” ep and after that nothing was the same as the record was favored by club dj’s and party music lovers around the world.

The now classic first ep has later followed with more top selling EP’s and Top Billin has grown into smoothly running record label with a big back catalogue with artists ranging from US to Chile to Russia to Japan and beyond. Besides running the record label and crafting top-of-the-line club tunes, Top Billin has become a well oiled party machine, rocking shows around the globe from Paris to Berlin and Moscow to New York, with the biggest names in the business & countless other club favorites. In 2008 they even made their first big tour supporting M.I.A. on tour.

The key to Top Billin’s success is not rocket science. They are just guys who love music and like to have good time. All the time. While they’re very serious about their music, Top Billin are definitely no genre-stuck. With their roots deep in house, hip hop, dancehall, boogie and even rock, Top Billin likes to keep their music up-to-date and cutting-edge, both in the shows they play and the records they put out. That’s why you can pretty much count on the latest Top Billin release to always provide you with fresh sounding club cuts, remixes and /or original productions, anything that they feel like at the time being.